Overall, the Lake Norman waterfront condo market had a good year with price increases and a shorter market time. We expect this trend to continue through 2015 with modest gains in number of sales and average sales price. We will likely see increased buyer traffic with more Baby Boomers looking to downsize or to eliminate the maintenance that owning a home requires. We also expect to see Millennials entering the market and those that had a foreclosure during the crash of 2008 to reenter the market as well.

If you would like to stay updated on the Lake Norman real estate market sign up for free market reports on our website LakeNormanHomePrices.com and you will receive automatic email updates on new listings and sold listings in the Lake Norman area. 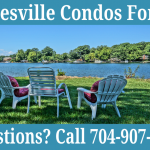 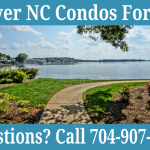